How to get more reviews on your Shopify App

We all know how important reviews are for Shopify Apps. We've listed a few ways on how you can boost your reviews so that your app can get ranked higher in the App Store. 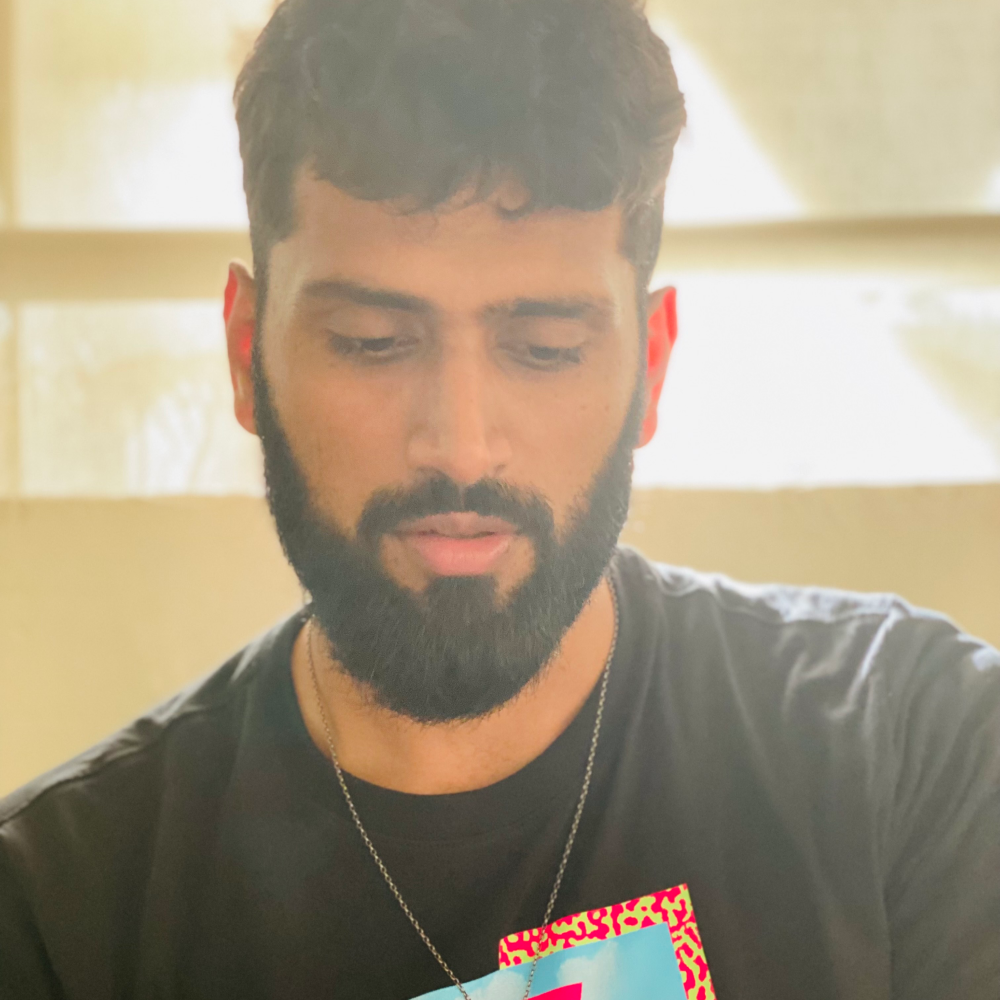 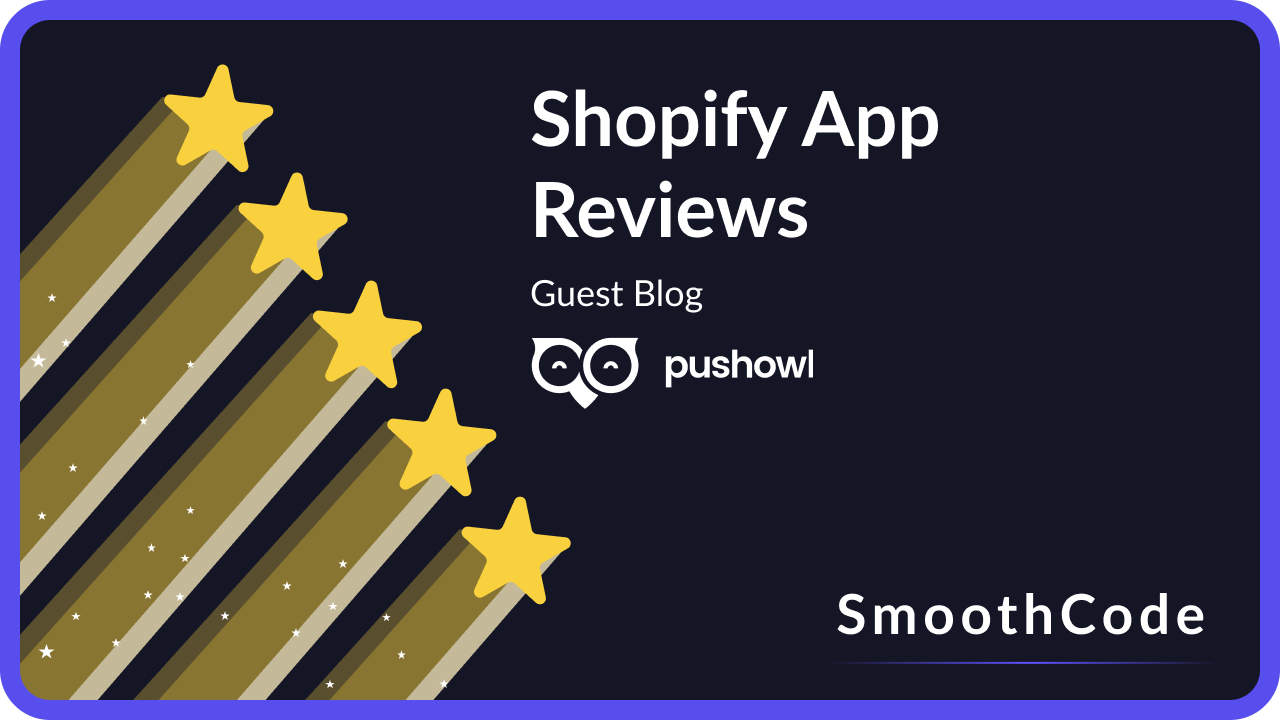 At SmoothCode, we're always looking to help the App Developer community. We've noticed App Devs asking questions in public forums about how to increase their reviews. After speaking to the folks at PushOwl, we thought we'd share some insights on how they've managed to have 5.0 rating, with 2000+ 5-star reviews and zero 1-star reviews! Let's understand more about reviews.

Why are reviews important

We all know how important App Store reviews are. Reviews play an important role in improving your visibility on the app store. Higher your App's rating, the higher the ranking of your app in the homepage, all apps section, category page or search results.

Understanding what matters when it comes to reviews

Both, your rating and total count of your reviews are important, try to prioritise maintaining a 5.0 rating on your Shopify App. 1 to 2 star rating can negatively effect your App's ranking on the App Store.

PushOwl had once received 1-star rating because the merchant thought it was an email app, they dropped 20 ranks on the App store just because of one 1-star review! Which was luckily reverted after reaching out to the merchant and explaining it to them.

Reviews aren’t a one time investment, you need to keep working on getting reviews each day. The newer the reviews, the higher your app's rank will be. Set a challenge for yourself or your team and get as many reviews as you can within each day/week.

This is an extremely valuable point. Shopify Apps by nature see a high rate of churn from Basic Shopify stores, the volume of installs are generally the highest with Basic Shopify stores. Though they may not be an ideal user in a lot of cases, their reviews are still equally valuable when compared to a Shopify Plus merchant.

In a future blog, we'll be sharing an in-depth analysis of how reviews & ratings affect App Store rankings.

Intercom, Freshdesk, Crisp, etc. are great tools that allow you to have conversations with your merchants while they’re using the app. They allow you to provide the most effective customer support, while also giving you the opportunity to be able to ask for a review at the right moment.

Using email to handle customer support would see a time delay of several hours, so merchants may uninstall your app if they’re unable to figure something out on your app. Support via Email works well with technical support tickets that take hours/days to get resolved.

We’ll mainly be looking at how to use the live chat customer support to get reviews faster. Let’s get started!

1. Be quick to respond to inbound queries

If you’re speaking to multiple merchants at a time, make sure you just send a “Hey 👋 , I’ll be with you in a couple of minutes” to the merchant. Nobody likes to wait, just informing merchants early on gives them the feeling of extremely fast support response time. Try to keep your median response time as low as possible, if you can keep it under a minute that would be golden!

2. Have patience while resolving a merchant’s issues

Some merchants may have several questions for you, or they may not be able to understand the complexities of your app. Always assume that your explanation isn't good enough or your app is extremely confusing. Have the patience to explain it them until they understand it. The longer and positive conversations have higher chances of converting into a 5-star review.

"There are times where I've spent two to three helping just one merchant. But, it almost always converts to a 5-star review" - Rameez Ahmed, Customer Success Manager from PushOwl

If explaining a concept is difficult over a text conversation,, you can send a Loom recording explaining it to the merchant or you could even hop onto a quick Zoom call with them.

3. Use Memes/GIF's and keep the tone of the conversation casual and friendly

Feel free to ask them how their day is going, or ask them about the latest news that you’ve heard from the city they’re from. Customer support isn’t just about resolving queries, it’s also about building trust with your users. This way they’re more open to giving you feedback on where you can improve your platform and they’re more likely to give you a higher review.

In today's world, most people are on Instagram or Facebook, sharing jokes or memes has become a part our daily lives. So, leverage that in customer support to make the conversation friendly and humorous!

4. Use outbound support to provide tips to users

Share blogs, docs, or tips & tricks with stores that could be doing a lot better, wait for a couple of days and ask them how the new changes have helped them, based on their response you can request for a review! You can filter a set of users based on their product plan/usage/stage, etc. and provide more relevant tips to them.

5. Capitalise on technical support for reviews

When you customise certain features or make exclusive changes for certain merchants, don’t miss the opportunity to request for a review. Since a lot of effort was required to resolve their issue, merchants will most certainly give you a great review.

Hope you were able to learn something new about getting more reviews. For more information on getting reviews, you can go through Shopify’s blog on How to get reviews for your Shopify App.

Got more tips on how to get reviews?

Want to be the next guest blog on SmoothCode?

Want to catch up for a cup of coffee on a Zoom call?

Just reach out to us at -> hello@smoothcode.io

Looking to build a Shopify App? Sign Up and start building now